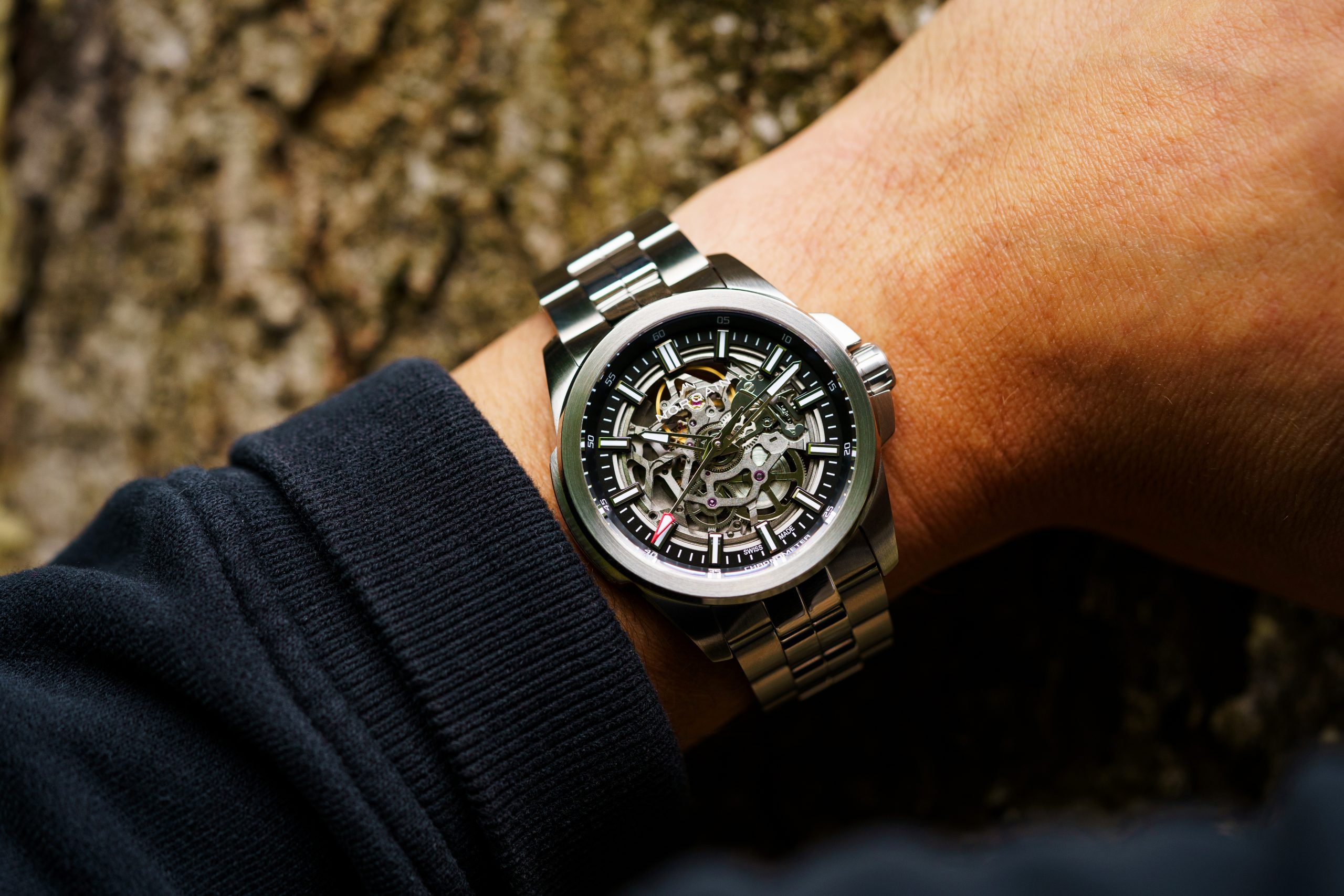 NORQAIN’s response to the speedy sell-out of its first-ever skeletonised timepiece in 2021 is the skeletonised Independence 22. The new special edition features a stainless steel case with three different finishings, an impressive skeletonised movement and stunning transparent dial. There are currently 300 pieces of this Independence 22 timepiece available – and more will be produced based on demand.

NORQAIN CEO Ben Küffer explains this approach, saying: “Over the years, NORQAIN has developed a passionate following and it’s important to our team that our fans can purchase and wear the watches that we launch. This new addition to the Independence collection is our response to a direct request from NORQAIN followers and wearers. We have launched 300 pieces this year and will continue to produce more of this timepiece to ensure that watch lovers who want to add it to their collection will have the possibility to do so”.

The new skeletonised Independence is here to stay

The launch of the Independence 22 Skeleton marks the first step to building a consistently available Independence collection. The Independence family is inspired by the courage it takes to do the unexpected. NORQAIN’s passion ticks inside every one of its exclusive, innovative and ultra-robust Independence timepieces – the new skeletonised model is no exception.

The transparent dial gives the wearer and admirers a clear view into the heart of the timepiece where the components of the COSC-certified NORQAIN calibre NN08S in a metallic ruthenium colour are responsible for its eye-catching design. The NORQAIN logo is on the scratch-proof sapphire glass and the “Chronometer” designation is on the ring, allowing for more of the skeletonized movement to be seen. The seconds hand has a red tip for enhanced legibility, the hour markers and minute scale stand out in white, and the skeletonised hands are coated in top-quality Super-LumiNova® C1 X1 which emits a white colour.

The case, bezel, NORQAIN Plate and bracelet are fashioned from stainless steel CHF 3’790.-. Three different finishings – brushed, polished and sandblasted – are visible on the 42 mm case. As with all other Independence timepieces, the Independence 22 Skeleton has been designed for the explorer who feels most at home in NORQAIN’s “my life, my way” ethos while confidently pursuing their passion.

This Independence 22 model is fitted with the NN08S, a mechanical, automatic, skeletonised Sellita calibre. Its COSC-certified Chronometer status means that it has passed the most stringent testing and proved that its timekeeping is well within the strict parameters set by the Contrôle Officiel Suisse des Chronomètres. The checks involve the movement undergoing a set of tests for 15 consecutive days in five positions and at three different temperatures (8°C, 23°C and 38°C). One of the criteria is the average daily rate over the first 10 days: the tolerance is from -4 seconds to +6 seconds per day. Six seconds gained every day is the equivalent of 7cm for every 1000m. The NORQAIN calibre NN08S earned this prestigious designation, proving that it is not only an impressive example of fine watchmaking but is equally as robust and reliable.