175 years of precision watchmaking in Saxony 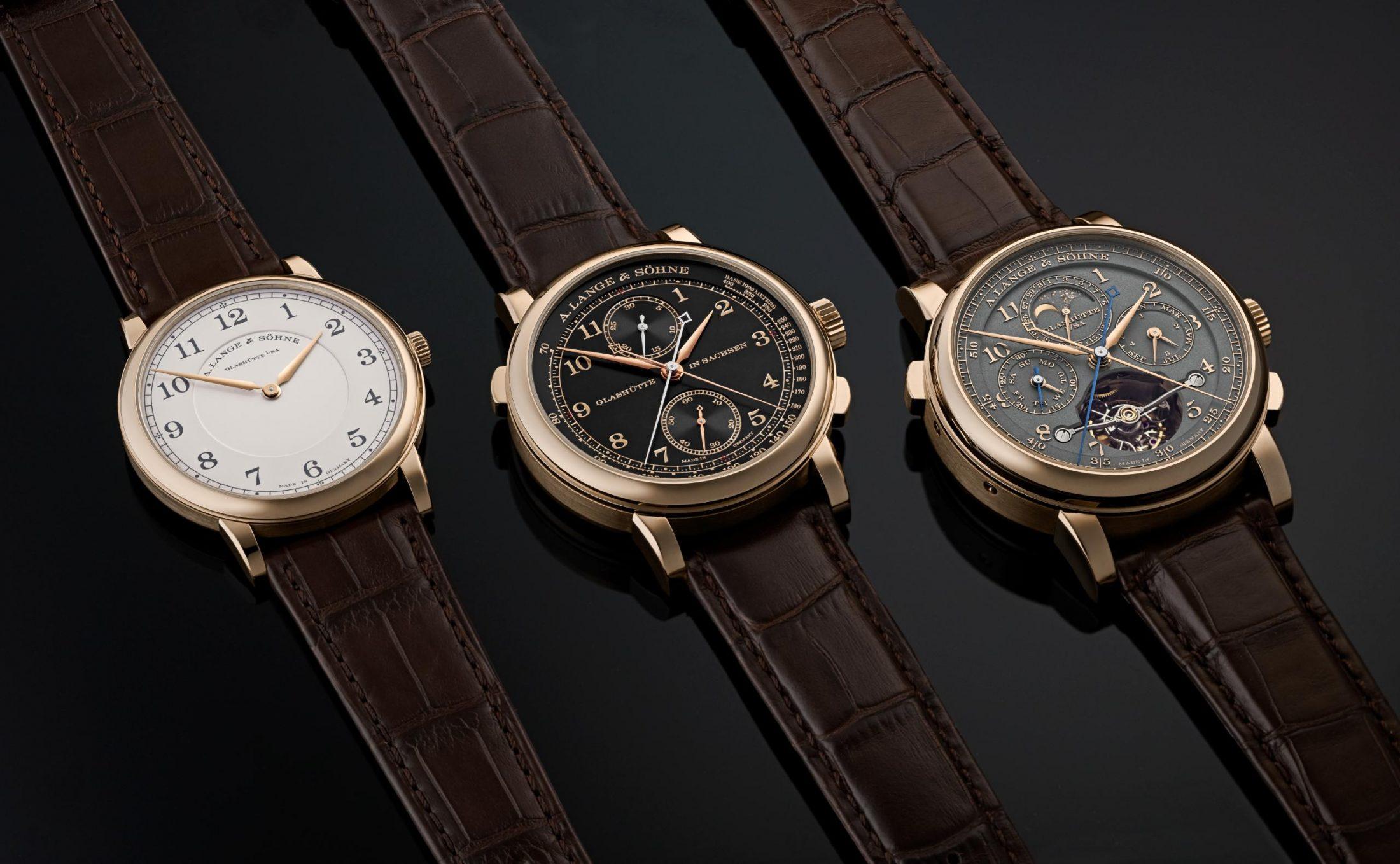 For the anniversary, A. Lange & Söhne presents the special edition “Homage to F. A. Lange”

At the Watches & Wonders event in Shanghai in 2020, A. Lange & Söhne is presenting three extraordinary models of the 1815 watch family with the epithet “Homage to F. A. Lange”. The three limited editions with cases made of exclusive honey gold as well as special movement decorations and dials are dedicated to Ferdinand Adolph Lange. In establishing his manufactory 175 years ago, the watchmaking pioneer laid the foundations for Saxony’s precision watchmaking industry.

In 2020, A. Lange & Söhne has two reasons to celebrate: the 175th anniversary of Saxony’s precision watchmaking industry and the 30th anniversary of a courageous new beginning. With the introduction of a pocket watch production on 7 December 1845, Ferdinand Adolph Lange laid the cornerstone for Glashütte to rise to prominence as a watchmaking hub. From the humble beginnings as a teaching workshop with 15 apprentices, he not only developed a watch manufactory which was successful far beyond the borders of Germany – he also initiated watch production based on the division of labour which was modern for its day by encouraging his employees to establish their own companies.
He united science and craftsmanship with modern production methods, the goal being to craft the world’s finest watches in his homeland of Saxony. He introduced the metric system to watchmaking and created novel measuring instruments and tools. And he developed countless ingenious mechanisms and watchmaking solutions, many of which he registered for patents – such as the three-quarter plate, which has been a calling card of A. Lange & Söhne timepieces since the brand relaunch in 1990.

Inspired by long-standing tradition, the watchmakers of A. Lange & Söhne today strive to advance precision watchmaking with innovative ideas and excellent craftsmanship. Their driving motivation of never standing still is exemplified by the new anniversary edition with the epithet “Homage to F. A. Lange”. The three limited models with cases made of exclusive honey gold, special movement decorations and special dials are dedicated to watchmaking pioneer Ferdinand Adolph Lange. They represent a unique connection between traditional watchmaking elements and innovative craftsmanship in processing techniques, thus building a bridge from the origins of Lange watchmaking to the present.

A. Lange & Söhne also bridges the West and the East by presenting this special edition at the Watches & Wonders watch fair, which will be taking place in Shanghai for the first time from 9 to 13 September 2020. The company is thus making its return to a place where, in 2008, it began the expansion of its market presence in China with its second boutique. Since then, Lange has continuously expanded its distribution network and today has more than 20 boutiques and sales outlets in the People’s Republic of China and its special administrative regions. “This is a strong achievement for a watchmaker who manufactures only a few thousand watches per year,” summarises Lange CEO Wilhelm Schmid. “We are noticing an increasing appreciation for our timepieces in China, in particular thanks to the younger generation – we are delighted by this fact. I am convinced that China still holds plenty of potential for A. Lange & Söhne and our market position can undergo sustainable growth.”

In the founder’s tradition: the 2020 anniversary edition “Homage to F. A. Lange”

The 1815 watch family, which bears the birth year of Ferdinand Adolph Lange, is inspired by tradition and therefore primarily stands for the classic side of A. Lange & Söhne. The family’s design transports the spirit of the pocket watches of yesteryear to the mechanical wristwatches of today – distinguished restraint and the demand for precision represent the values of Ferdinand Adolph Lange. The unifying element of the three new limited editions is the innovative case material, honey gold, which symbolises the scientific side of the manufactory and stands for the stated goal of using metallurgic discoveries for watchmaking. Additionally, all three models stand out thanks to their special movement decorations, which include grained plates made of German silver and black-rhodiumed engravings on the balance cock. What is more, each of the three watches features a special dial.

With a diameter of only 38 millimetres, this timelessly elegant two-hand watch is a mere 6.3 millimetres high. With Arabic numerals and a railway-track minute scale, the intricately hand-made enamel dial emphasises the design inspired by Lange pocket watches. The edition is limited to 175 watches. *
1815 RATTRAPANTE HONEYGOLD
This is the first watch from A. Lange & Söhne which places the classic complications of timekeeping – chronograph and rattrapante – in the spotlight in their pure forms. Additionally, for this watch – which is limited to 100 pieces – the exclusive case material honey gold was used for the first time in combination with a black dial made from solid silver.

The TOURBOGRAPH PERPETUAL HONEYGOLD is further proof of our desire to always push the envelope of precision watchmaking. Only 50 pieces of the most complex timepiece of the new anniversary edition will be made. Two of its five complications – tourbillon and fusée-and-chain transmission – have the single purpose of further increasing the accuracy of the watch. Orchestrating the perfect interaction between chronograph, rattrapante and perpetual calendar is a major watchmaking challenge. For the dial arrangement, A. Lange & Söhne took a completely new approach: it is made of black-rhodiumed honey gold with raised numerals and scales that stand out from the dark background as a ground relief.