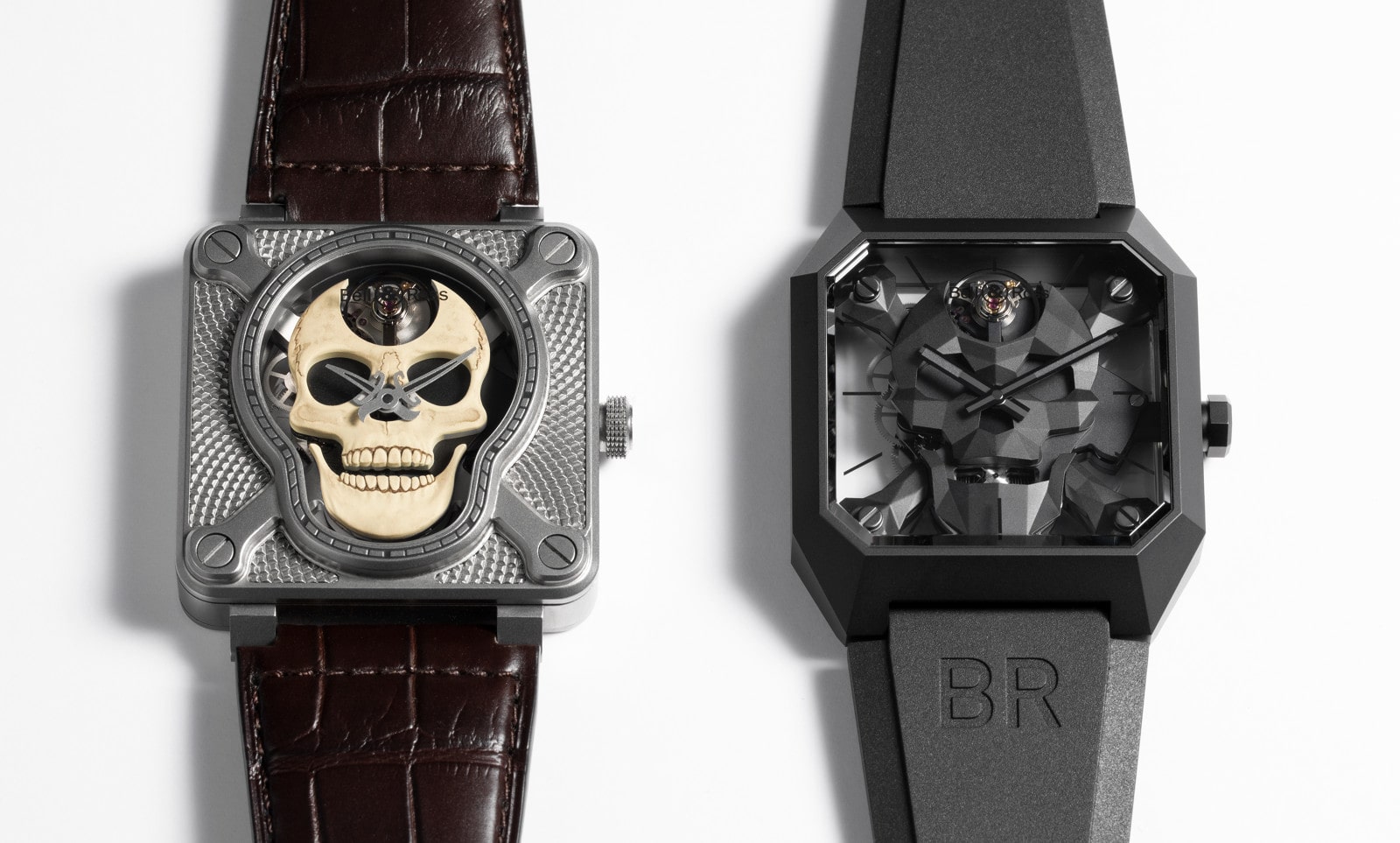 It all started in 2009. Bell & Ross likes to break the mould and relentlessly explore new
worlds. That same year, the brand made a big impact with the launch of its BR 01 SKULL, which dared to shake up traditional watchmaking codes.
From the Vikings of the first millennium to the paratroopers of the Second World War, including the pirates of the 17th and 18th centuries, the skull has always been a very prominent warlike symbol. Historically, the most formidable fighters displayed their bravery by wearing skulls, both to upset their opponents and to ward off bad luck.
Pirates flew their Jolly Roger atop the masts of their boats, terrorising ships’ crews struck by this black flag emblazoned with a skull and crossbones. At dawn on 6 June 1944, during the Normandy landings, paratroopers from the 82nd and 101st American Airborne Division emerged from the night wearing a badge on their jumpsuit that bore a skull and these words: Death from Above. The series of SKULL watches by Bell & Ross pays tribute to these experienced and outstandingly courageous military personnel.

AT THE CONFLUENCE OF HAUTE HORLOGERIE, ART AND DESIGN

Aside from its warlike significance, the skull, an accepted sign of death, has a philosophical meaning as it symbolises the fragility and brevity of life, particularly     in vanitas works of art. Memento mori (remember you must die) recall gruesome depictions in ancient paintings or in curiosity cabinets owned by humanists from the Enlightenment.

Mexican tradition celebrates the Day of the Dead in the month of November, and it is a time for mocking death by wearing the famous calaveras, brightly colored decorated skulls. This irony is expressed by the BR 01 CYBER SKULL in revealing a mischievous smile when its mouth is opened. It has a timelessness displayed in its faceted relief, conveying an ancient symbol in an ultra-contemporary style.

Today, B&R is unveiling the BR 01 CYBER SKULL. This timepiece revisits the art of the skull watch. Its design is far from the vintage style usually associated with the Skull, to establish itself in contemporary modernity. It projects this art born in the 20th century into the future. A watch with several faces, it is where watchmaking, design, symbolism and bold creativity meet.

The Bell & Ross SKULL family is approaching its tenth anniversary and has become an iconic collection with around ten of its creations all becoming collector’s items.

The BR 01 SKULL was one of the first to follow in the footsteps of this skull trend, with many manufactures later following suit. This first collection also included two versions set with 415 and 672 diamonds.

This unprecedented version combined military symbolism and the art of tattooing. Its case, engraved with sparks, was decorated with a black lacquer reminiscent of the ink used by tattoo artists.

The SKULL family welcomed a new skull watch, fitted with one of the brand’s automaton movement. The jaw of the skull on its dial appeared to smile when activated.