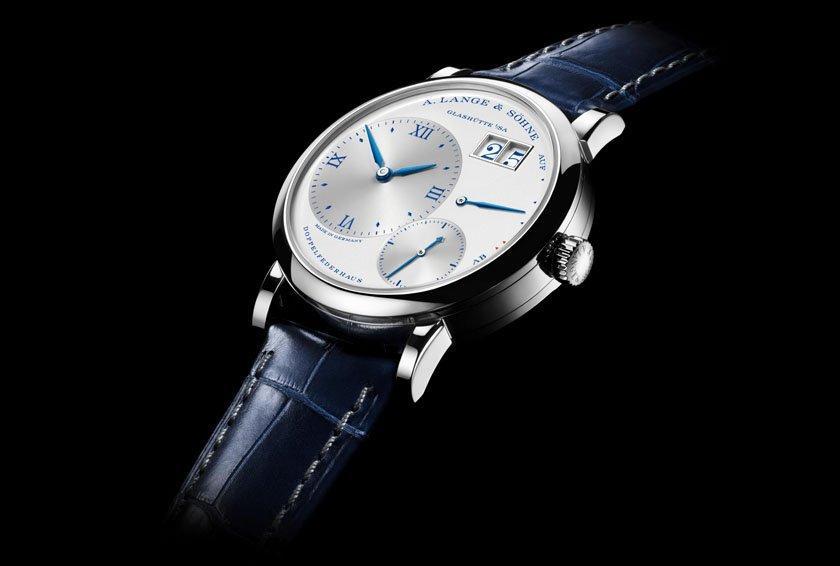 Anniversary edition of the smallest model of the legendary watch family.

On the occasion of the 25th birthday of the LANGE 1 that was introduced in 1994, its little sibling now comes in a special edition as well. The LITTLE LANGE 1 has been a member of the Lange collection since 1998. In a limited edition of 25 pieces, it is now available in white gold with a blue printed argenté-coloured dial.

In the anniversary year, with a collection of no fewer than ten models that stand for the key milestones of the LANGE 1 watch family, A. Lange & Söhne pays tribute to its no doubt most recognisable face. The LITTLE LANGE 1 “25th Anniversary” in white gold is the third edition of this series.

Like its predecessors, it features an argenté-coloured dial in solid silver with deep-blue printed numerals and markers, blue date numerals, and a hand-engraved balance cock with blue accents. Even the relief-engraved number “25” that graces the balance cock as a reminder of the anniversary is blue. The blue hand-stitched alligator leather strap with a contrasting seam in grey is a tasteful match for this watch.

The LITTLE LANGE 1 was initially launched in 1998. Its case diameter is 1.7 millimetres smaller than that of the classic LANGE 1. But in terms of design and functionality facets, it corresponds with the original. This includes the off-centre dial with the typical Lange outsize date and the UP/DOWN power-reserve indicator. For design-related reasons, a push piece was recessed in the case for correcting the outsize date.

In 2018, the LITTLE LANGE 1 was fitted with the newly designed, manually wound calibre L121.1 that also runs in the anniversary model. It features a precisely jumping outside date display as well as a large cam-poised balance with a freely oscillating Lange balance spring. The twin mainspring barrel delivers power for 72 hours.