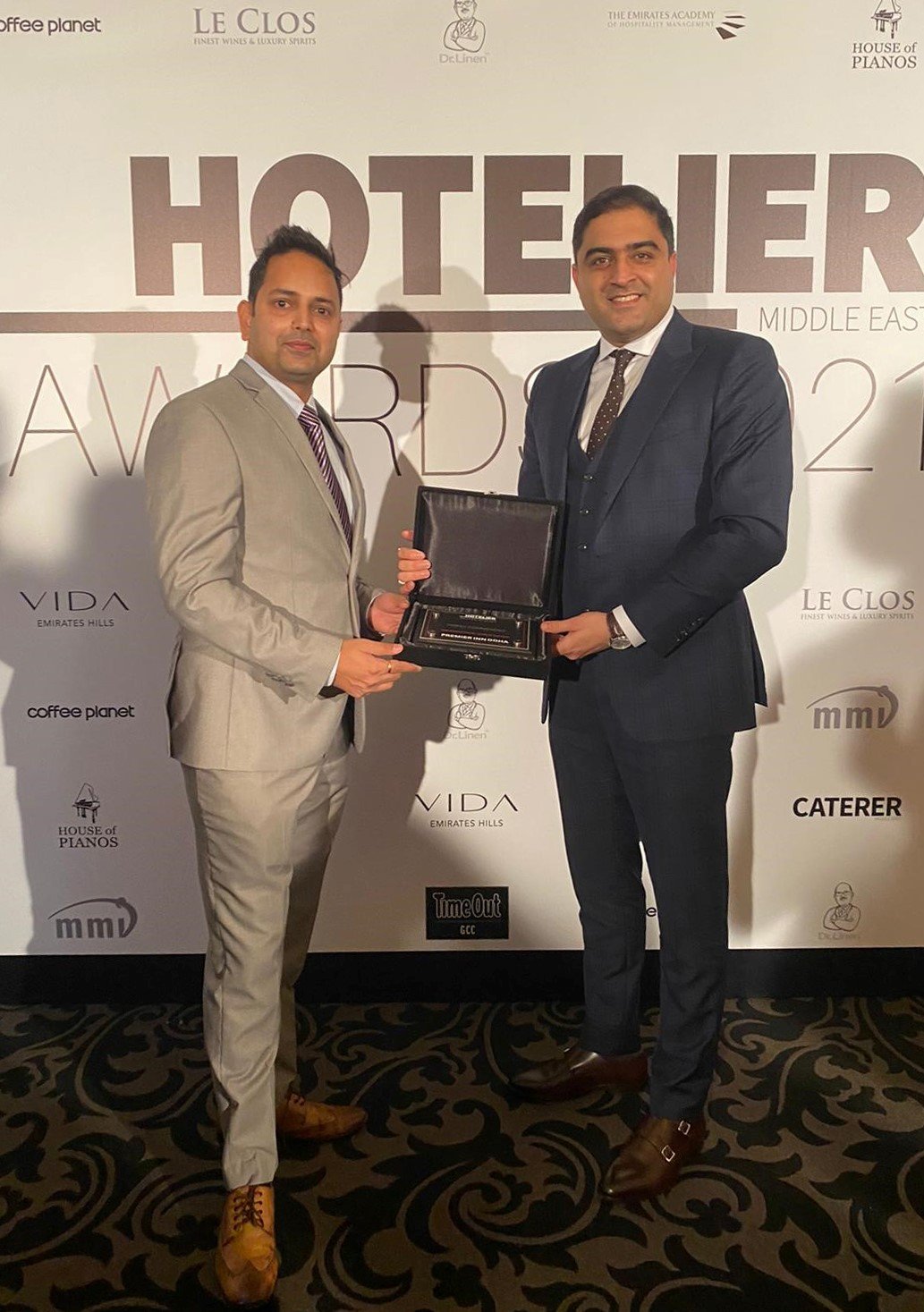 Premier Inn Doha Airport Hotel were recognised at the 2021 Hotelier Middle East Awards, in a glittering ceremony at the JW Marriot Marquis, Business Bay in Dubai.

The Doha Airport hotel team were Highly Commended in the Mid-Market Hotel Team of the Year category, the only Qatar-based hotel to be shortlisted for the award. Country General Manager, Rajiv Tarcar, received the award on behalf of the team and was joined at the event by Hitesh Nareda, Operations Manager and Arun Chandramohan, Cluster Sales Manager at Premier Inn Doha Airport Hotel.

It’s just 18-months since the hotel opened in early 2020, ahead of the most turbulent year for the travel and hospitality industries to date. However, the team in Doha continued to put guests first, tackling the challenges that were thrown at them – and have not received a single review below 3 stars across all booking platforms.

The recognition at the Middle East’s leading hospitality awards ceremony is a testament to the hard work and dedication of all the team members at Premier Inn Doha Airport.

Now in its 17th year, the Hotelier Middle East Awards shine a light on the hospitality industry, from general managers to housekeepers and the unsung heroes of hotels. With over 1,000 entries across 22 categories, there is strong competition amongst the region’s hospitality talent.